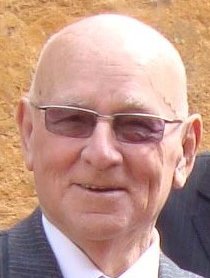 The club was formed initially in 1966 by Eddie Boulter, who went on to become the manager of Brecon swimming pool and a very successful swimming coach and dive instructor. Sadly, Eddie died in March 2017 at the age of 80.

Along with Eddie, Bob Jenkins and Brian Druce were the original officers. Help was provided by John Powell, who was then manager of British Steel Cooperation at Ebbw Vale and went on to became the chairman for the sports council of Wales.

The first two aqualungs were donated to the club by Mr John Powell, who also found the club its first club house at the council yard in Beaufort where club members used to run their own bar selling cans and bottles. There was very little room and storage there but the club house was free of charge. Other aqualungs were donated by the R.A.F. at St Athens. The original back-packs were made by British Steel Cooperation by Eddie, and the wet suits, which were then only available in kit form, were put together by Eddie and his wife, were they had to be cut out and glued together, this was all done in the front room of his home in Ebbw Vale.

The club was taught by the Spartan Underwater Exploration Club from the Rhondda, who charged the club £100 for the initial course. This fee was donated by Ebbw Vale Swimming Club.

Air was originally provided by the fire service compressors at B.S.C.

The first boat was purchased for £150 from Caerphilly. It was a 16-ft catamaran without an engine. The engine which was a silver century was purchased with a help of a loan from Ebbw Vale Swimming Club. A 32-ft. clinker built boat with an inboard engine was purchased from Penarth. It was intended to use this for diving on the West Wales Coast but unfortunately on its maiden voyage it never went further than Nash Point, were it broke down Bob Walters quote “we had no flares, no radio, auxiliary engine shaft was too short to reach the water and toilet rolls were used as a distress signal”. The boat had to be rescued by the off-shore lifesaving club from Atlantic College and enthusiasm for this type of boat diminished.

In 1968 a survey was carried out for Christ College Brecon. The dive project took place in Llwyn Cwm Slych in the Brecon Beacons. This cavern at one time was thought to be the source for Llangorse Lake. A land rover camped overnight at the site and for this they were nearly taken to court by the National Park. It was only the fact that previously unknown plants were found and given to Christ College that the court action was dropped.

In January 1969, the club assisted the Dyfed Powys Police Authority in an underwater search for a missing child who was from Brynmawr. The search started under the Llanfaes Bridge and continued for many days, divers involved were Mr Eddie Boulter, Bob Jenkins, 20yr old Nipper Jones, Miss Pamela Harris. The club had a letter of appreciation from Dyfed Powys Police. Mr Eddie Boulter was the club’s Diving Officer at this time.

The club progressed and in 1969 / 70 a small 8ft basic Avon boat was purchased plus a Seagull engine which had an 8:1 oil mix which made the engine very oily and Smokey. The boat was used for many years. Backpacks to hold the aqualung at this time were made by Andy Gilchrist (Instructor) at his home. These were constructed from plastic downpipes cut down one side warmed in his oven and then moulded to the persons back and fitted with the attachments.

Scuba kit then comprised of aqualung, regulator, mask fins snorkel homemade wetsuit and a weight belt, there were no life jackets or buoyancy compensators. Mr Bob Walters, (Instructor), it is said, was the first in the club to own a Fenzy ABLJ (Adjustable Buoyancy Life Jacket) which after his dive would share it with the other divers for them to use.

Most of the early diving took place in West Wales. Locals gave the divers much information and assistance. Most of the dive sites were usually found this way.

It was in 1971 that a diving holiday was arranged to Valentia island Ireland. It was apparently so good that they returned the following year and reports are that the diving and visibility in Ireland are first class. 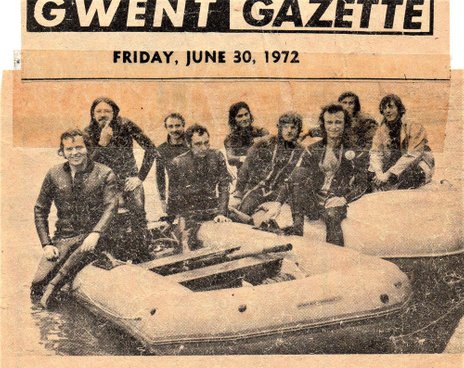 The club progressed further with a purchase of a Zodiac boat and a 40hp Volvo Pentre engine.

In June 1972, the club was thanked and praised for the display that was given in Merthyr Game and Country Fair at Cyfarthfa Park. The club was featured in the Gwent Gazette.

At this time, the club were told that they had to leave the premises at the Council depot at the top of Beaufort. They had just started using a Bauer Compressor at Beaufort with a two-bottle bank. New premises were found at the Rhyd Hall Tredegar. There the bank could not be used until the trained members of the club arrived.

Lungs were filled in the car park of the Rhyd Hall from a portable compressor. No lectures were given at the Rhyd Hall but lectures were held at Aberfan Community Centre on Tuesday nights. The club  also had the use of Ebbw Vale swimming pool on Thursdays as is the case today.

Dive sites were all the bays around Pembroke and by this time included Fort Bovisand on the south coast. At this time equipment included three club aqualungs, two single hose valves, two twin hose valves and a box trailer.

Regulations then meant having to dive twelve times from an inflatable before being allowed a hard boat dive. Air and petrol were both free for club dives.

The first Mediterranean club dive was to Malta in 1974, a film of the trip was made and shown in the club house at a later date. During this time, a 45hp engine was purchased for the Zodiac and the club joined W.A.S.A.C. (The Welsh Association of Sub Aqua Clubs). 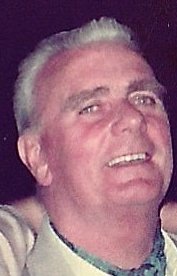 Around 1974 / 75 the club again decided to find new premises and thanks to Mr Bernard Lewis, (Instructor / D.O.), Trefil Hall was found. The hall then was then a community type hall having very little use. It was at Trefil that a six-bottle bank compressor system was fitted up, and it was there that the club would hold lectures, plan dives and socialise, with Mr Adrian Sullivan being responsible for running the bar selling cans and bottled beers which were very cheap but made a good profit which went into the club funds.

The hall went up for sale and the club put a bid in for it but they were beaten by the rugby club and the hall was then known as Trefil Rugby Club. The compressor system had to then be removed from the rugby club but the dive club remained at Trefil using it as their club House for many years as a base and to gather for lectures, dive planning and family social occasions.

At around this time it was decided to rename the club The Heads of the Valleys Sub Aqua Club, because members were joining from all towns around the valleys and it was decided to ask the sports council of Wales for a grant to purchase a new compressor and boat. The club was given a grant of £1800 and a Sea rider and Bauer Capitano compressor was purchased. Fund raising brought another £1800 in. This included a walk by two members from Brecon to Crickhowell carrying a twin set. Jumble sales and sponsored swims raised the remainder. 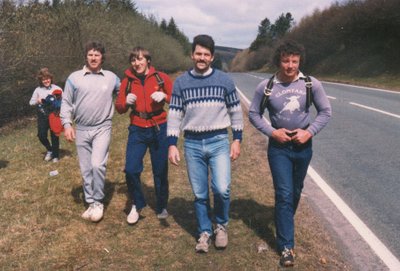 We were asked around this time to look in Dolygaer Reservoir for a missing rescue boat. An enjoyable Sunday was spent searching for the boat and it was eventually found.

A new engine was needed for the Sea Rider and the club decided on a 70hp electric start Mercury.

The dive sites had now changed to include the Gower with trips to Grassholme, Ilfracombe, Kimbridge on the south coast and now familiar Bovisand.

Thirty-two club members now gained Bronze medallions from courses that were given in the club. A second Malta trip was organised and enjoyed.

Air at this time cost 10p per cylinder for diving and pool training. Diving cost 20p for the day to cover petrol costs. By this time the club had increased in membership with many members having their own boats.

Aberfan pool was closed and only one night, a Thursday, became club night as is still the case today (2019)

A Chinook boat and engine was bought around this time and that brought  the then total to four boats.

Instructor Mr Allan Oakley putting new students through their paces at one of the club’s pool training sessions.

A planned and organised dive under the ice of Bryn Bach park took place. This was organised and supervised by Mr Alan Buffton who was at that time the Diving Officer. Several divers made the dive with many club members turning up to show their support. It was believed that the club were the first divers in Wales to dive under the ice.